Design means different things in different contexts due to the religious, social and political differences that exist in every culture. Each culture places a different weight on these issues and in Indonesia there is a heavy influence of religion and ancient customs within their culture and this has been demonstrated in the contemporary fashion within the country. 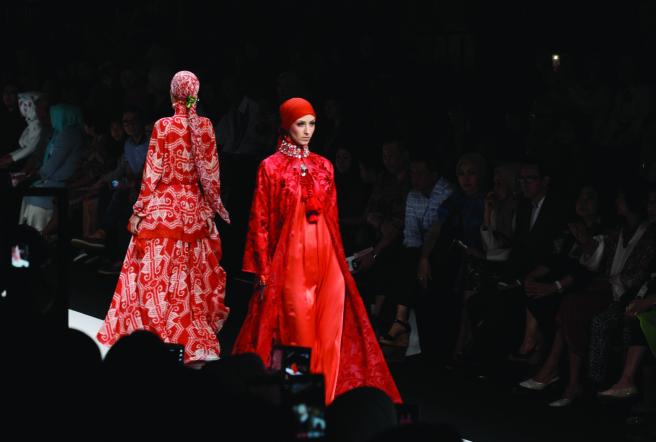 “Indonesia is the world’s most populous Muslim-majority nation, with there being over 88 percent practicing Muslims, therefore the Islamic culture has a strong and widespread influence.” (Shahzeen Eram 2015) As a nation that regards religion as a significant part of their culture, fashion and design have progressed in Indonesia catering to what Indonesian Muslim women want to wear.

Each part of the body has its own physiological purpose and a different symbolic meaning. But each part of the body also holds a different significance in every culture. ‘While the head has been almost universally recognized as the seat of consciousness, the Japanese give the nape of the neck a sexual significance that it does not posses in the west. The feet, while occasionally fetishized in the West, are still seen in some tribal societies as offering evil spirits a way to enter the body from the earth and in many parts of southeast Asia they are so closely associated with dirt that revealing the soles of the feet in public is considered a huge insult’ (McDowell 2013 pp. 46-47)

Islam’s influence on Indonesia originated from trade with India in the thirteenth century and has resulted in the hijab becoming a common and symbolic piece of clothing for Indonesian Muslim women. This concealment of the hair holds a strong religious and symbolic meaning for Indonesian Muslims and has prompted fashion designers to involve beautiful and intricate designs when producing hijabs to meet the demand for Indonesian Muslim women wanting there hijab to be a fashion statement. “In today’s global competitive marketplace, style for the modern Muslim woman is evolving; incorporating fashion from the West while at the same time appreciating traditions and believes of the generations before.(Ratna Dewi Purnamasari 2013) 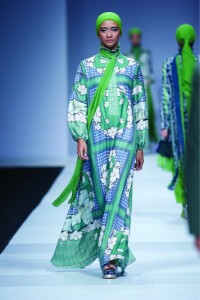 One such designer who has embraced designing solely for the contemporary Muslim Woman is Fashion designer Itang Yunsaz. In Jakarta Fashion Week 2015 Yunsaz showed his Spring/ Summer 2015 collection that utilized a variety of weaving techniques from central and eastern Indonesia, such as Balinese weaves and Sumba Ikat weaves. This collection has been highly commended and Yunsazs presence within the fashion industry demonstrates the demand for remarkable and contemporary fashion for Muslim Women.

4 thoughts on “POST A – ‘INDONESIA, THE HIJAB AND FASHION’”