In a country so abundantly rich in cultural diversity it comes as no surprise that the architecture of Indonesia vastly reflects the cultural, historical and geographic influences that have shaped Indonesia as a whole. Invaders, colonisers, missionaries, merchants and traders had a profound effect on building styles and techniques, bringing with them all sorts of cultural influences that have shaped the way of Indonesian architectural design (Indonesian Architecture 2012). From India, China and the Middle East to countries in the West, the history of this small country is extremely multifaceted, but as we progress in this fast paced modern day world, one might question whether an authentic Indonesian architectural style still exists, and if so, how are we preserving its culturally intertwining age-old traditions?

In 2008, Rumah Asuh and Yori Antar, two local Angerang-based architects stumbled upon one of the few remote villages on the island of Flores where traditional Manguri houses can still be found. Five stories in height, the houses are built around a core structure of worok wood, supported by a bamboo framework held together by ropes (Preservation of the Mbaru Niang 2013). Shaped from its natural environment, the structure is designed to be renewed every few years using materials harvested from the surrounding forest. 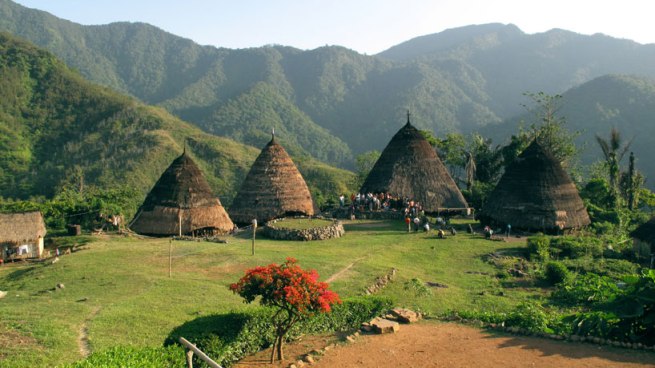 Upon their first visit, the architects discovered the houses were on a steep decline, some having collapsed, with the rest in a state of advanced decay. In an attempt to resurrect these historical treasures, the architects, along with a group of young design students, drew upon the local wisdom to discover that the ways of the indigenous cultures are just as effective as modern day building techniques, and can very well stand the test of time. The kind of knowledge gained from working on buildings that adapt with the climate was incomparable to the kind taught in a classroom, but it was also in directly connecting with the local people that the villagers themselves were able to drive the process, re-learning the forgotten skills of their ancestors. 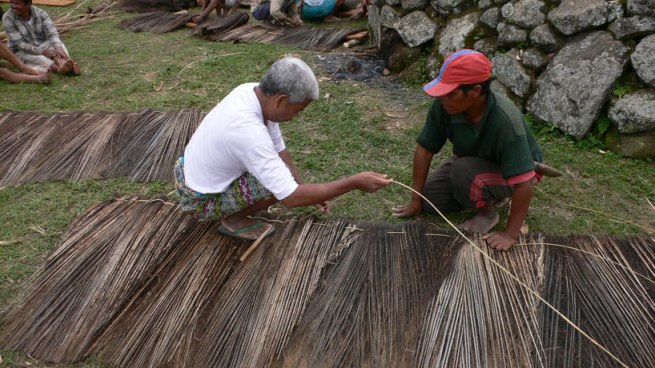 While these skills could only have been obtained through the passing down of generations, the democratised processes initiated by Rumah Asuh and Yori Antar, enabled collaboration between both modern and historical design context, to achieve a mutual goal of preserving a valuable piece of Indonesian identity. Not only do these incredible environmental structures instil the base requirements of a shelter, they are examples of a living culture (Design Boom 2013). They are now an architecture that inherits the power of family and humanistic kinship – a reassurance that all is not lost for the future preservation of traditional Indonesian architectural culture.