For this subject, we were located in Yogyakarta, Indonesia where we had the opportunity to experience and challenged ourselves in many ways to develop skills in a cross-cultural collaboration with Vital Strategies; an NGO who envision a world where every person is protected by a strong public health system. Our focus was to research the public health challenges and the influence of smoking at Kampeong Code and propose one design solution.

Our proposal and focus was on children and how much they were affected by the strong smoking culture in Indonesia. It was a culture shock to a lot of us as we have observed so many people smoking, and it concerned us that the children were influenced to pick up the habit too. We wanted to involve the kids in our project, and to create more exposure and bring light to this situation.

Our comic personifies a health consequence of smoking, both educating and metaphorically warning the audience that smoking will have grave consequences both on themselves and the people around them.

Our initial ideas consisted of a mural, finger painting or hand prints involving children, t-shirts, tote bags & book covers with a comic strip of an anti-smoking story on them.

From multiple feedback sessions, we decided to think about who else was affected by smoking. It was brought to our attention the alarming percentage of gender specific smokers (men 68%, women 4%) Yet many women as well as children are still affected by passive smoking. Because of this, we wanted to create something that would involve both children and women. We decided to print tote bags with an anti-smoking comic strip for women to use and to organize a workshop for the children to join in with the printing. 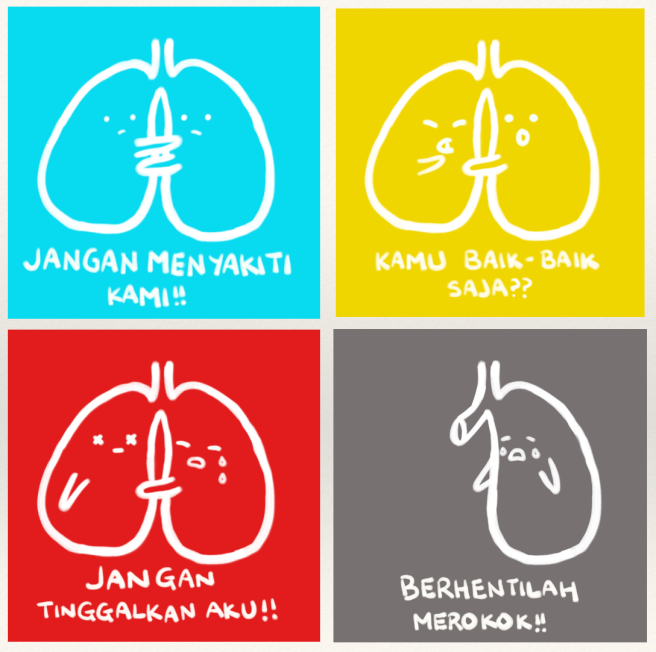 For our comic design, we initially wanted to reflect the way smoking can deteriorate one’s health and also shock the viewer to refrain from smoking. Through research we discovered many negative effects smoking has on an individual’s body, particularly the way it can affect the smokers lungs. We decided to create a simple design because of time constraints but also because we wanted the message to be bold and clear to understand. The comic style is used as we didn’t want to create gory images as there would be young children working with us. We also chose to use the colours red, blue, yellow, and grey to coincide with the Vital Strategies’ Show Your True Colors campagin.

After some thought and a discussion with the members of Vital Strategies, we decided to refine our comic to make the message clearer. 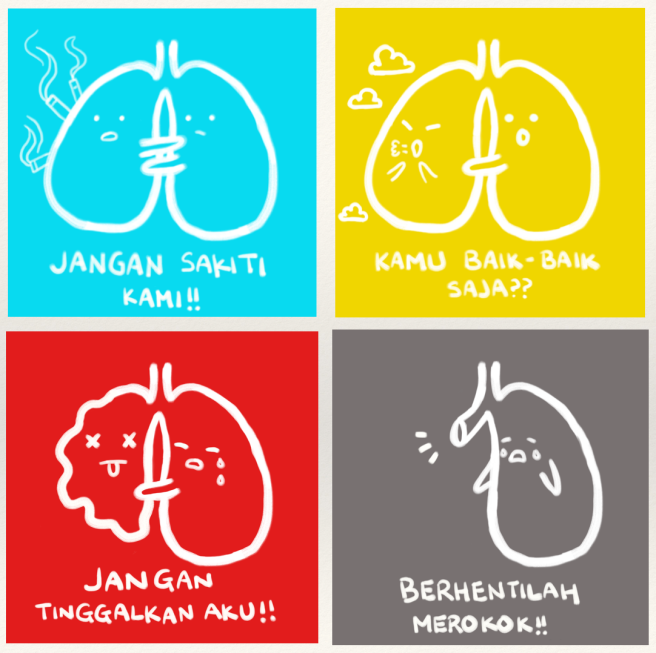 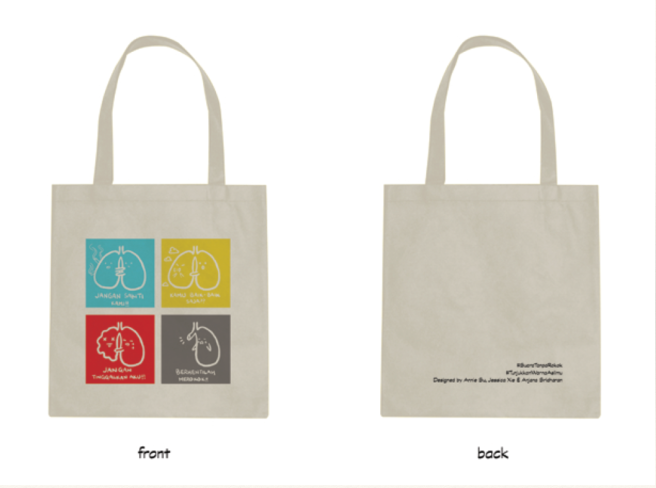 The first panel of the comic reads, “Jangan Sakiti Kami!!” which translates to “Don’t Hurt Us!!” showing the first stage of a smoker’s lung when they start the habit of smoking. They start to be affected by harmful chemicals from cigarettes.

Our comic strip’s second panel reads, “Kamu Baik-Baik Saja??” meaning “Are you ok??”, shows the next stage of a smoker’s lung. Where one’s lung starts showing signs of serious health-hazards making it harder to breathe and even trigger asthma.

The third panel reads, “Jangan Tinggalkan Aku!!” translating to “Don’t Leave Me!!” showing the third stage of a smoker’s lung where one lung gives up and starts to collapse leaving the one single lung to support it’s owner.

Our final comic square “Berhentilah Merokok!!” meaning “Stop Smoking” presents the very last stage of the smoker’s lungs where they lose a lung due to continuous smoking and ignoring the signs and symptoms.

We held a printing workshop with the kids and it got a little out of hand as paint went everywhere and the children printed wherever they want, even on the newspapers, and our hands. Even so, the printed totes still share our anti-smoking message through the campaign hashtags that are written on the bottom of the bag. The mothers of the children also got involved and created some totes for themselves and everyone had a great time.

Su, A. 2017, Wood Block Printing Workshop with the children.

Su, A. 2017, Wood Block Printing Workshop with the children.

Su, A. 2017, Wood Block Printing Workshop with the children.
Through our time working on this campaign we realised that it is very hard for Indonesians to reject smoking as it is ingrained into their culture just like drinking alcohol is ingrained in the Australian culture. We as outsiders may look in and not understand why they would purposely harm themselves but they would think the same of us with our drinking. This anti-smoking movement may be happening at the moment however it will take many years before it becomes common for smoking to be seen as negative in Indonesia. 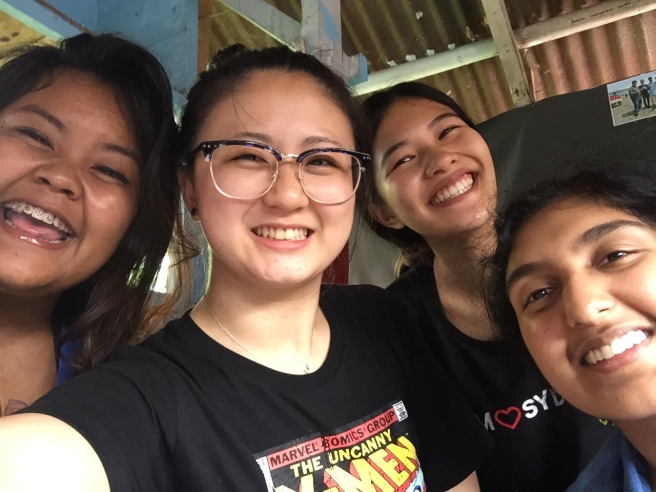