Indonesia is located in South East Asia, sharing land borders with Malaysia, Timor-Leste and Papa New Guinea and has a current population of 261.1 million (Indonesiapoint.com, 2017). The islands of Indonesia offer a variety of religious and cultural traditions, each specific to the area and dependent upon the people who inhabit them. Religion is a dominant aspect of Indonesian culture, the population holding faith in the religions of Hinduism, Buddhism, Catholicism, Protestantism, Confucianism and Islam (Indonesia, 1993).

So how has the high level of tourism within Indonesia effected these religions and their traditions?

Indonesia has recognised the potential role of tourism as a catalyst for economic development and ultimately, improved living standards for communities in many regions (Faulkner, 1998), therefore foreign tourism is now an integral part of the Indonesian economy (Sugiyarto, Blake and Sinclair, 2003). Although tourism is heavily dependent on cultural sites and temples across the country, this has gradually interrupted the raw and spiritual culture of certain areas of Indonesia, especially when traditions are disregarded. Similar to many across the world, some communities are now beginning deliberately to exploit their multicultural nature for tourism (Burgers, 1992).

This is particularly evident in Indonesia’s leading tourist destination Bali. Bali really became a touristic destination in the 1970s (Suardana, 2015) and throughout the years has developed into a highly dense hub of tourism, overflowing with accommodation locations and commercial consumption due to its affordable pricing.  Ida Wijaya, president of the Bali tourist information office stated that ‘Tourism is a reality that is linked to the attractiveness of our culture: if mass tourism evolves in a way that threatens this culture, our specificity will disappear’ (Wijaya, 2015). This is a problem that Indonesia may face in the future if tourism continues to expand at such a rapid rate and there may need to be changes made to the footprint tourist are making on sacred cultural sites and to the communities themselves.

This is a difficult topic to explore because tourists travel to consume difference, to see how other societies live (Richards and Hall, 2003) and without this exposure to culture, tourism may fade. Although tourism has had negative implications on Indonesian culture, it’s influence on the economy is the main reason the standard of living is continuously developing and increasing. Tourism and tourist arts are entwined with cultural identity and with the crafting of new sensibilities about a local community’s place in the world (Adams, 2006). We must simply remember that it isn’t our culture to interrupt and respect for Indonesia and its religious traditions is always expected. 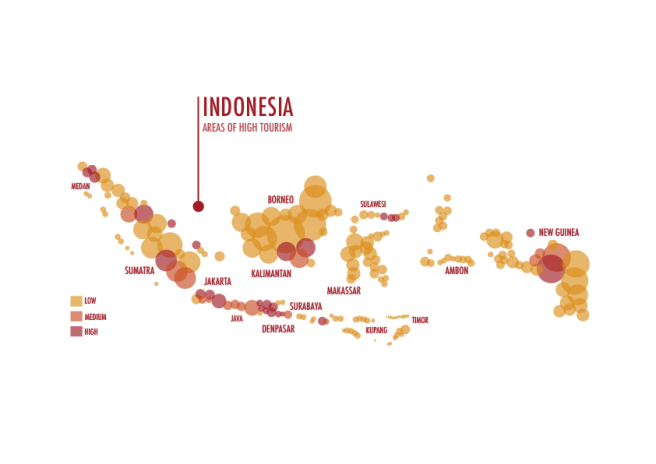 Faulkner, B. (1998). Tourism development options in Indonesia and the case of argo– tourism in central Java. London Routledge, pp.202-221.

Phillip, B. (2015). How mass tourism is destroying Bali and its culture. World Crunch. [online] Available at: https://www.sbs.com.au/news/how-mass-tourism-is-destroying-bali-and-its-culture [Accessed 1 Dec. 2017].

One thought on “Post D: How Mass Tourism Effects the Traditional Culture of Indonesia”