Our brief was to create 6 banners to be displayed on boats in a 3×3 formation as they drove down the river. They were to be visually striking with a thought-provoking anti-smoking message.

On our initial exploration, we were surprised by the vibrancy of the architecture and public spaces. Locations such as the rainbow bridge, the post office and primary school exhibited striking yellows, blues, greens and pastels. Following the walk, it became paramount that we showcase these colours to portray the city appropriately. Our tour of the floating markets unearthed the ways in which the river underpinned the livelihood of residents. Families washed clothes, bathed, traded and played in the muddy water. This was the first time we truly understood that Banjarmasin was the City of a Thousand Rivers. 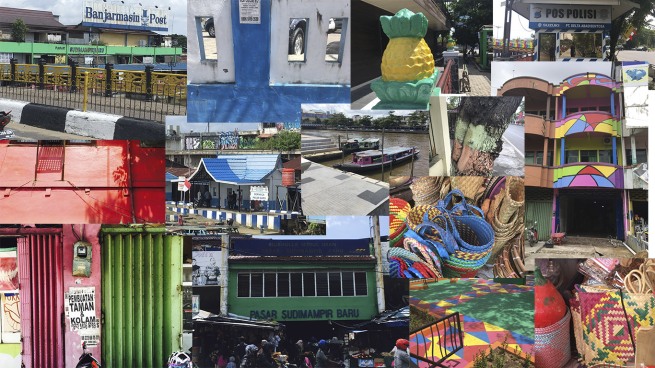 The meetings with Vital Strategies, the Mayor and Health Minister attributed the smoking problem to the context of Banjarmasin’s youth and highlighted their pride and commitment to health. The video workshop allowed our group members to build friendships with Banjarmasin high-school and university students, which slowly revealed deep insights into youth attitudes towards smoking and their interactions.

We began our idea generation with an image of a fish across four boats, which progressed from healthy to ill from cigarette consumption. This metaphor played on the idea that cigarettes endanger Banjarmasin’s wildlife as well as its people. Our second idea was to have a photograph of schoolchildren displaying the “tanpa rokok” fist action we had performed at the mayor’s office. We hoped the image of innocent youths would generate sympathy and encourage proactive behaviour. Thirdly, we brainstormed a river inspired by Sasirangan patterns with an anti-smoking message interwoven in the design. This was celebrated as the one with the most potential in our first meeting, so we continued to develop it to be aesthetic and logical. 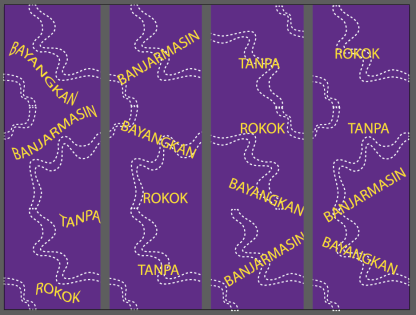 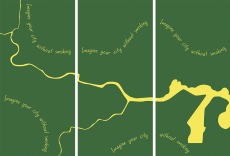 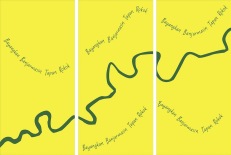 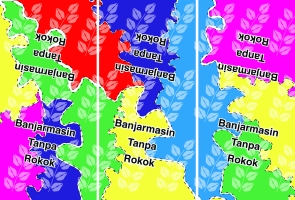 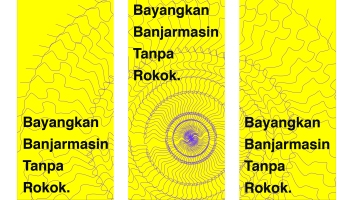 In the meeting with other groups, we came to the conclusion that we wanted the spirit of the event to be positive and uplifting, so that we could inspire people to join together and make a difference. Vital Strategies emphasised that the banners should be brightly coloured and visible from the riverbank. This provided a slight challenge as when observed from this angle, only a sliver was able to be seen. We also experimented with large type across all of the boats, but didn’t want to result in one boat with the word “smoking” on it which would undermine the impact of the campaign. We settled on the idea of a tiled puzzle pattern which was more visually appealing than verbally affecting, and continued iterating our graphics and typography.

We designed our Banjarmasin banner to meet four key challenges; puzzle, visibility, longevity and effectiveness of the message.

The river, an important and recognisable symbol of the city, is used to divide the chunks of colour and construct the puzzle to flow from one klotok to another.

While the detail of the banners will elude spectators on the riverbank, the vibrant colours chosen will hopefully catch their attention and encourage investigation, photography and social media activity.

Banjarmasin Tanpa Rokok is stamped boldly onto each boat, which allows them to travel separately in the future without one reading “Rokok”. The stamp design alludes to the commitment that the government and people have put into reducing the smoking rate in the city. 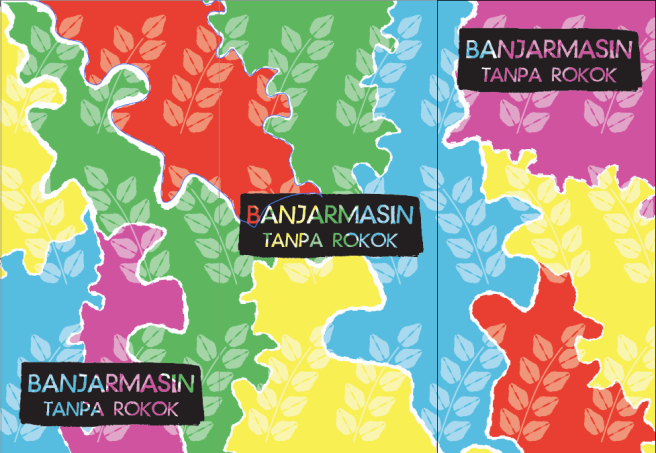 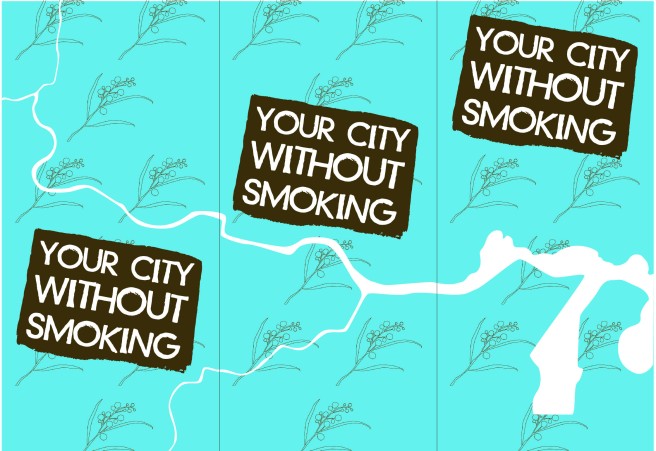 We designed a watermark, using the plant on Banjarmasin’s city crest to add another intriguing layer to our banner for people sitting atop the klotok. If the banners remain on the klotok after the festival, the anti-smoking message will continue to resonate through Banjarmasin.

The Sydney banner is designed to incorporate the same design elements as Banjarmasin’s banner. The watermark was an elegant wattle flower, and the river was simplified and took the shape of Sydney’s Parramatta River. The blue reflects Sydney’s oceans and rivers, with a message to inspire other cities to follow Banjarmasin’s lead.

While the iterative process was lengthy with multiple iterations and rounds of feedback, it allowed us to establish a clearer idea of the brief. An important point of feedback was that we should have communicated with Vital Strategies in a way they allowed them to understand our design elements and share our vision for the banner. Given our vague brief, we made a recipe when we had been given a soup. We were grateful that we could take part in this enriching design process and produce something that is visually appealing, purposeful and enduring. 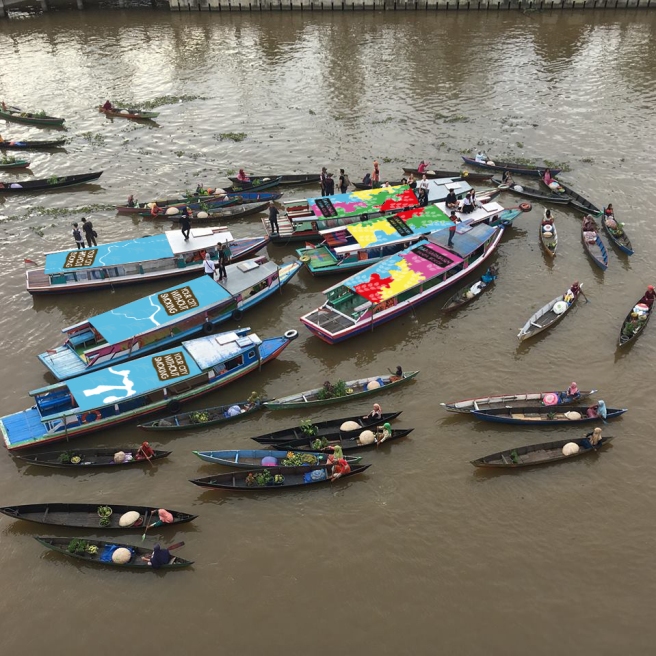