Human psychology is similar across most people, regardless of where they come from. Good designers are able to understand, and use to their design’s benefit, how particular physical elements affect ones’ emotions. This can occur through the use of elements such as colours, sounds, and shapes. If a design is received with positive emotion, it becomes a successful design among its intended audience. A person’s cultural experience influences this psychology, making culture an extremely important factor to consider when designing within a particular context (Komninos 2017). Design, therefore, is shaped by local context; whether that be social, political or environmental. Consequently, it is the very reason why different countries all over the world look and feel different from each other.

Most of the inhabitants of Banjarmasin, “the city of a thousand rivers,” live in close proximity to bodies of water. As a result of this geographical set-up, boats play a large role in the daily lives of Banjarese. The klotok, for instance, is a traditional form of river boat that can be seen and heard on many rivers throughout the city. The boats are primarily used for transporting people and goods, and are often found in floating markets, national parks, and fishing areas. Blues, greens and reds are the main colours used in and on the outside of the boats – a colour pallet that ties in seamlessly with the city around it. Klotoks are made from wood and designed with shallow draft and propeller to allow the boats for travel through the shallow waters, which is an essential feature of the boats, allowing its users to make full use of the rivers in the area. Many of the klotok boats have a roof which forms an upper deck for tourist use, but the boats remain compact in order to fit under the many low-lying bridges which cross the rivers.

In contrast to Banjarmasin’s rivers is Sydney’s harbor, where the commonly seen ferry boats are used as an essential part of the public transport system. While the Indonesian klotok’s design is focused more on fulfilling basic necessities and practicality, the design of the Sydney ferries explores more avenues facilitating greater comfort for passengers – e.g. ergonomic seating, enclosed cabin space, reduced noise, and air-conditioning. These differences can be attributed to the different socio-economic cultures and needs of Sydney and Banjarmasin. Sydney harbor is very deep, and its large wharves allow for the boats to have deep draft, which gives the boats a smoother ride if and when the water gets rough. The ferries are constructed from more durable material (steel) than the klotok boats, and are painted Australia’s national colours – green and gold. 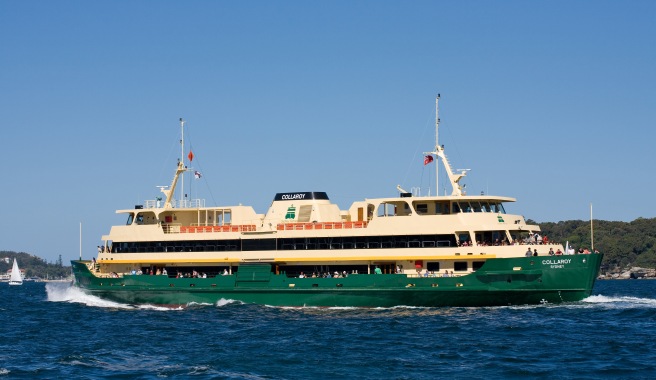 A designer who designs in a foreign area faces many challenges. They are not able to purely rely on previous understandings or knowledge; rather, they must learn and adapt to the local context and culture. During my time designing in Banjarmasin I used many design techniques to evolve my thinking and understanding to suit the local area. Through undertaking a Dérive of the city and immersing myself in Banjarmasin’s culture by interacting with the locals, I was able to become empathetic to the local needs and peculiarities. Collaborating with Vital Strategies, who had personal experience designing in the area, greatly assisted in this process towards understanding how to produce successful designs in the context of Banjarmasin. My team and I designed boat banners for an event, which followed design cues from the city and seamlessly fit into the local context – this was achieved through the use of specific colours, shapes and patterns in our design. By acknowledging the local context, we created a successful design that had meaning to, and an impact on, its viewers. 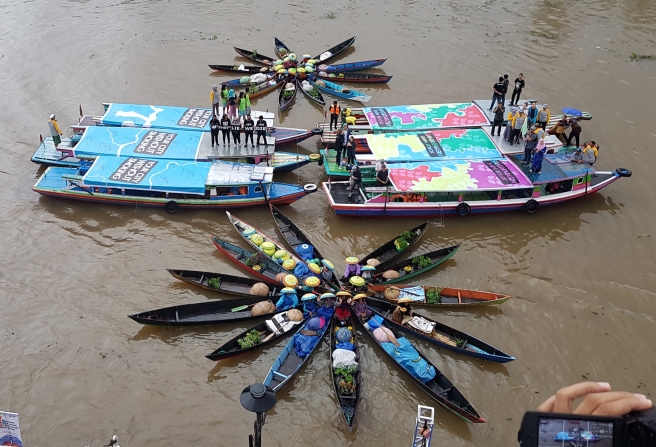