Being in Indonesia the past two weeks prior to our studio starting has allowed me to get a glimpse of the day to day life & culture of Indonesia & it’s people. This being my first time to Asia, really enabled culture shock to fester within me initially, & realise just how different it is here compared to my blessed, ordinary life back in Australia. Although seeing these drastic differences really left me so often wanting to know the answers to so many questions therefore making this research not so much of a task but more a curious exploration. I decided that I would take my research to a nearby neighbour rather than Indonesia, as I knew so much of our next two weeks of research & exploration would override my simple searches for information & answers. Hence the choice; Thailand.

Southeast asian country, Thailand is very well known by Australians for its tropical beaches, beautiful temples & bustling night life. Hidden behind the flashing lights & the azure waters is the problem of tobacco. In hindsight, not so hidden really with many tourists taking the opportunity to please their smoking habits with the extremely low prices of tobacco, with packs sitting between $2.30-$4.00 AUD as compared to $20-$30 AUD back home. This tempting habit not only being taken up by tourists but also locals with ‘more than 50,000 children (10-14 years old) & 10,736,000 adults (15+ years old) continue to use tobacco each day’ (Tobacco Atlas, 2016) sitting in a population of estimated 64,000,000 people. 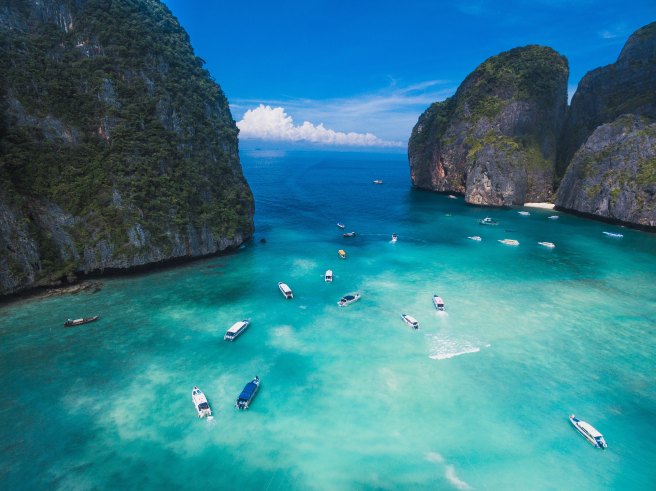 These sort of stats calculate to 41.4% of the male population in Thailand using tobacco every day leading to a rate of 22.88% of male deaths in Thailand caused by tobacco & an average life expectancy of a Thai male being 75.3 (Tobacco Atlas 2016). Although stats sit much lower in the Thai female population, this does not dim the light of the problem of tobacco use & the need for a strive towards a cleaner & tobacco-less future.

Fortunately precautions are being taken towards a smoke free future for Thailand, after becoming a ‘party to the WHO Framework convention on Tobacco Control on February 27, 2005’ (Tobacco Control Laws, 2017). Taking part in this framework has pushed Thailand to have a current policy which protects public places from second hand smoke & minimise the areas where smokers can partake in the habit. Such areas include ‘healthcare facilities, educational facilities, universities, government facilities, indoor offices, restaurants, pubs, bars & public transport’ (Tobacco Atlas, 2016). Although this is a great movement towards cleaner public places, Thailand is yet to enforce smoke free other indoor places & contribute funding for smoke free enforcement.

All of these contributing movements, changes & factors standardised by WHO Framework convention on Tobacco Control are pushing Thailand & the Thailand Government towards enforcing & implementing a cleaner & more positive future for the health of the Thai population.