With Ambon being such a busy and bustling city, especially for its size and location, tobacco companies do not have to work hard to find a busy street to advertise on. Its last recorded population was 330,000 (Population City, 2010) and has an estimated current population of 600,000 in such a compact area. Yet advertising companies still tend to opt for small street vendors on every corner and in the heart of local community areas. Image going to your local corner store, being confronted with such explicit advertising on a daily occurrence. This is the unfortunate reality of the Ambonese community.

What I decided to focus on was the ubiquity of tobacco campaign ads and how they correlate with Ambon’s high pedestrian traffic areas. The prevalence of tobacco advertising is constantly exploiting populated areas to further embed smoking into Indonesia’s culture (Padmawatil et al 2018, p. 8). Indonesia has not yet signed the World Health Organisation Framework Convention of Tobacco Control, and the national regulations that are in place are not consistently monitored (Mimi et al 2009, p. 98). This has allowed the high mobility of tobacco advertisements throughout Ambon and Indonesia as a whole, which has dubbed the nation as an “advertiser’s paradise”. Print advertisement is not limited to shop fronts and billboards- in Yogyakarta, Java, neighbourhoods are sponsored by tobacco companies to display their signage in the communities. The communities rely on this funding to facilitate neighbourhood improvements, for example street lights (Mimi et al 2009, p. 99). 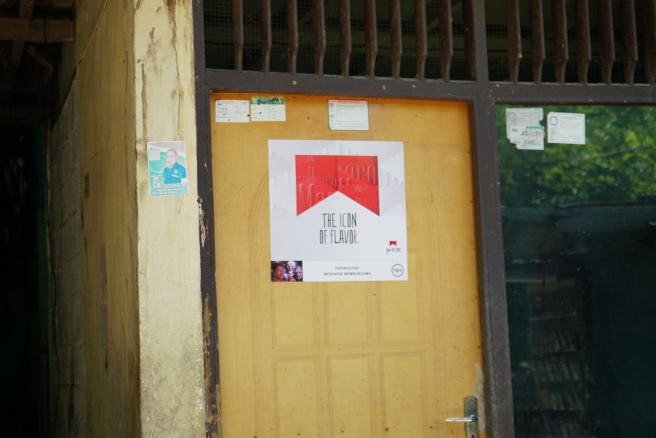 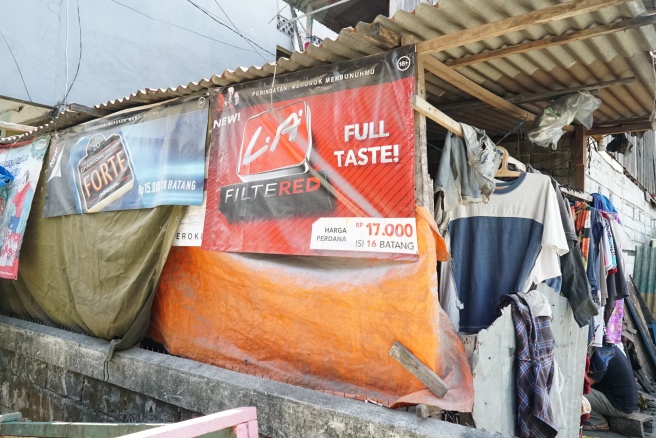 In my walk around the city, I observed numerous houses willingly displaying tobacco signages (Refer to map). I believe this to be similar to the city of Yogyakarta, where households will also display cigarette endorsements on their houses (As observed in the pictures 1-3 taken during my walk). This evidence of blatant disregard for the community’s wellbeing is very similar still to the landscape of Yogyakarta, where “Tobacco advertising literally saturates” the local area (Mimi et al 2009, p. 99).

In Ambon, these neighbourhoods are often in places that experience heavy foot traffic from people passing by on their way to and from school and work. It is suggested that tobacco advertising has the influence and power to drive the overall consumption of cigarettes (John D. Jackson, 2010). This is very likely why these companies have opted for high foot traffics areas around Ambon, which is a contributing factor to the high numbers of smokers in these and surrounding areas.