The design initiative for public health is called Lifestraw. 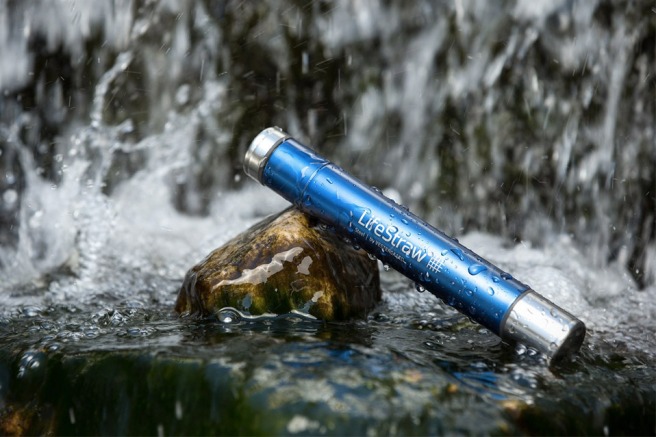 LifeStraw’s design places special emphasis on avoiding any moving parts because it is a seal without replacement parts and avoids electricity, which is not available in many parts of the developing world. But because of the power required to implement the filtration, VestergaardFrandsen chose to use a natural source of sucking, even if the baby can perform.

LifeStraw is an invention that could be one of the greatest saviors in history. It is a 25 cm long, 29 mm diameter plastic pipe filter for just a few dollars. It is a personal low-cost water purification tool with a service life of 700 liters – about one person’s water consumption a year. The original idea was proposed by Torben Vestergaard Frandsen ten years ago, but over the years with the Carter Center, Holland’s Rob Fleuren and Israel’s Moshe Frommer, Lifestraw has emerged from the work aimed at creating a water filter that can defend Guinea. The final product of this work, LifeStraw, can do much more than the original concept, and has been active against tap water, turbidity and salt water for common aquatic bacteria such as Salmonella, Shigella, Enterococcus and Staphylococcus.

A study published in the journal Water and Health in 2009 conducted a live test of LifeStraw to understand exactly how filters affect health in the real world. A total of 647 participants underwent a diarrhea survey four months and four months after receiving the LifeStraw filter. Before using the filter, 16.8% said they were sick within two weeks. After using the filter, the percentage drops to 15.3%. Some people may expect a reduction of more than 1.5%.

Although LifeStraw is available for retail sale in the developed world, the majority of LifeStraw are distributed as part of public health campaigns or in response to complex emergencies by NGOs and organizations that give them away for free in the developing world.

The LifeStraw won’t filter out minerals, viruses, or chemicals, so while it’s fairly safe to drink from running water in rivers, brooks, and creeks, it’s not a good idea to use the LifeStraw downstream from an industrial plant or in a pool of water in a third world country. Which is one failure of lifestraw.

One thing we can learn from LifeStraw is if we are designing a tobacco control intervention, we have to design based on that country. It must fit the society there.