Indonesia is a major grower and exporter of tobacco and is the fifth largest market for tobacco consumption in the world.  National survey data reveals that adult smoking prevalence is high, about 62% of men and 1% to 3% of women smoking (Mark N 2009). Not only is smoking ubiquitous among males in Indonesia, but initiation begins early with more than a quarter of 10-year-old boys already smoking. Tobacco-related mortality is estimated to account for 10 percent of all deaths in Indonesia.

When I went to UMY in Yogyakarta, I met Eila, who’s a 20-year-old girl studied at UMY for Government Studies. I asked her a few questions about tobacco issue and she gave me some really interesting perspectives. Before I interviewed her, I’ve already done some research about Indonesia, only few females smoke. Eila didn’t smoke, but she told me that most of her male schoolfellows smoke. Indonesians start smoking at younger ages. Cigarettes are widely available and sold at cheap prices due to the government’s lack of tobacco control, a survey showed three out of five Indonesian students aged between 13 and 15 were exposed to cigarette advertisements and could buy cigarettes easily. Eila said that she hate someone smokes around her, the second hand smoke was harmful.

Some campus are smoke free campus in Yogyakarta, UMY’s included, however, Eila told me that there were still many people smoke in campus, parking lot for example. There were signs everywhere, some students just did’t care. Even though a small number of students want to quit, they think it’s hard to quit. It’s easier for them to keep smoking.

In the end, I asked Eila whether will she allowed her children to smoke in the future or not, she answered me determined that she won’t allow him/her to smoke. And all the other students I interviewed gave the same answer.

Indonesia Government adopted a tobacco control regulation that includes some limitations on tobacco advertising, promotion and sponsorship. Under the regulation, tobacco companies are banned from sponsoring events that are covered by the media. Online ads require age verification the viewer is above 18, and posted images and content should not encourage smoking.The government has also introduced tobacco control policies corresponding to MPOWER since 2007. Although Indonesia still got a long way to go, they are still trying to control the issue and they need to do more to protect children, since they are not experienced enough to make right choices.

What is design activism? In my opinion, it is about using people’s talents as a designer to create a positive impact in the world. In May 2010, in order to help the people of Sidoarjo commemorate the fourth anniversary of this disaster, Taring Padi, a political art collective from Yogyakarta, Central Java joined the people of Sidoarjo for a four-day collaborative project. Known as “Reflection in the Mud,” this project focused on reviving the collective memory of the Sidoarjo community. It is one example of cultural dimensions of activism that exist in Yogyakarta.

There is a high toll of tobacco use in Indonesia. A staggering 225,700 deaths are attributed to tobacco use every year in Indonesia. Two out of three adult men in Indonesia smoke daily. Designers and creative cultural makers play important roles in the success of the tobacco industry in Yogyakarta and surrounds. A research shows that there are four key approaches included in marketing strategy of a cigarette brand. The first one is sponsorship of the music concert series. The second one is a competition to create a limited edition cigarette package. The third is to create and host an brand-centered social networking website and the last one is to post on popular social media channels that leveraged the event promotion. These prove that designers play important roles in the promotion of tobacco industry.

Tobacco advertising pervades newspapers and magazines. Perhaps most prominent in Indonesia is the sponsorship by the industry of local and international jazz and rock concerts, cultural events, and sporting events such as Formula One and national and local basketball and soccer competitions. Between January and October 2007, there were 1350 events sponsored by the tobacco industry, or 135 each month, in Indonesia (Mimi M, 2016).

The designs on package of cigarettes is one important way of advertising, too.

One cigarette package designer states that a cigarette package is unique because the consumer carries it arround with his all day…it’s part of a smoker’s clothing, and when he saunters into a bar and plunks it down, he makes a statement about himself. Therefore, what designers want to do is to design an attractive package. And that’s why tobacco brands foster and support competitions of package of tobacco.

Katherine B. 2015, Seismopolite, Journals of Art and Politics, Art and Social Engagement in Yogyakarta, viewed on 20th Dec, 2019, <http://www.seismopolite.com/art-and-social-engagement-in-yogyakarta-indonesia-ketjilbergerak-and-the-legacy-of-taring-padi-i>.

“Smoking is protected by law and is a legal activity.”Aditia Purnomo posted this sign outside her office in Jakarta, Indonesia.

Purnomo started Komunitas Kretek in October 2010 with the goal of sending a message to the “anti-smoking fundamentalists” from western societies: ‘none of your business!’.

Indonesia is rich in cloves and made into a local specialty-Kretek. According to statistics, about 90% of smokers in Indonesia usually smoke cigarettes instead of foreign brands. In Purnomo’s eyes, T-cigarettes are a symbol of Indonesia’s native culture and defending T-cigarettes from the impact of western anti-smoking waves is like a “patriotic movement”.

The smoker’s human rights organization aims to “defend national sovereignty and protect local tobacco products from foreign brands and the threat of anti-smoking.” In addition to encouraging people to continue smoking in places such as bars and coffee shops, smoker human rights organizations are also trade promotion partners for local tobacco companies.

The organization also believes that not only is not addictive, but it can also straighten out breathing and even treat tracheal diseases such as asthma. In addition, some studies have found that some common edible vegetables also contain nicotine, so the nicotine smoked from cigarettes may not be a fatal cause; Banning cigarettes means cracking down on the tobacco market and hurting those who benefit from charity funds and scholarships from tobacco companies.

According to statistics, of the total population of about 250 million in Indonesia, about 67.4% of adult males and about 2.7% of adult females are smokers, and the total number of smokers reaches 70 million. On average, about 400,000 people die each year from diseases caused by smoking, and the related public health crisis has brought an additional US $ 7 billion in national economic spending, which is about 2.4% of the country’s GDP. However, it is generally believed that the number of smokers in Indonesia will continue to rise and will exceed 80 million in 2020 and approach 100 million in 2025. 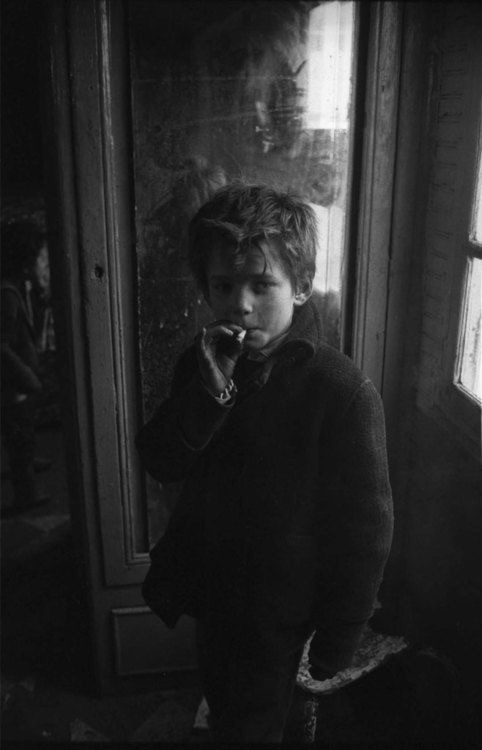 Besides, smoking is popular among young children. Cigarettes were used to increase the boys’ social status among their friends. If they smoked a ‘good’, expensive and popular cigarette brand, they felt more confident, more mature and richer than their peers. To them, smoking and tobacco advertisements were signs of several positive connotations, such as ‘a steady life’, ‘pleasure’ and something like that. ( Nawi, 2006).

The design initiative for public health is called Lifestraw.

LifeStraw’s design places special emphasis on avoiding any moving parts because it is a seal without replacement parts and avoids electricity, which is not available in many parts of the developing world. But because of the power required to implement the filtration, VestergaardFrandsen chose to use a natural source of sucking, even if the baby can perform.

LifeStraw is an invention that could be one of the greatest saviors in history. It is a 25 cm long, 29 mm diameter plastic pipe filter for just a few dollars. It is a personal low-cost water purification tool with a service life of 700 liters – about one person’s water consumption a year. The original idea was proposed by Torben Vestergaard Frandsen ten years ago, but over the years with the Carter Center, Holland’s Rob Fleuren and Israel’s Moshe Frommer, Lifestraw has emerged from the work aimed at creating a water filter that can defend Guinea. The final product of this work, LifeStraw, can do much more than the original concept, and has been active against tap water, turbidity and salt water for common aquatic bacteria such as Salmonella, Shigella, Enterococcus and Staphylococcus.

A study published in the journal Water and Health in 2009 conducted a live test of LifeStraw to understand exactly how filters affect health in the real world. A total of 647 participants underwent a diarrhea survey four months and four months after receiving the LifeStraw filter. Before using the filter, 16.8% said they were sick within two weeks. After using the filter, the percentage drops to 15.3%. Some people may expect a reduction of more than 1.5%.

Although LifeStraw is available for retail sale in the developed world, the majority of LifeStraw are distributed as part of public health campaigns or in response to complex emergencies by NGOs and organizations that give them away for free in the developing world.

The LifeStraw won’t filter out minerals, viruses, or chemicals, so while it’s fairly safe to drink from running water in rivers, brooks, and creeks, it’s not a good idea to use the LifeStraw downstream from an industrial plant or in a pool of water in a third world country. Which is one failure of lifestraw.

One thing we can learn from LifeStraw is if we are designing a tobacco control intervention, we have to design based on that country. It must fit the society there.