With the world’s rapid modernization, societies living in developing countries are losing their culture so fast to the western culture. Modernization is changing everything about these societies, even their deepest moral values and beliefs (Aspinall 2015). In Indonesia, for example, many people, especially those in urban areas have forgotten almost everything about their ancestral ways of life and taken up the western ways. This replacement has happened so quickly in the last one decade that some Indonesians have started being skeptical about it (Cowherd 2012). These people are asking: Didn’t we have anything good in our culture before modernization? The answer to this question is: Yes, we had, but it is being lost as well. 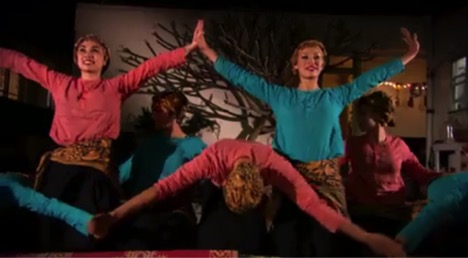 She feels that traditional Indonesian dancing is a good way of saving the Indonesian culture and therefore she has made it her career. According to O’Suvillan, this kind of dancing helps to revive traditional values and beliefs of the Indonesians and also to keep the Indonesian language alive. She is right because dancing is built upon the values and beliefs of a society from where it originates. For instance, there are some dance moves that an Indonesian audience would find appropriate when performed in stage while an Australian would find them offensive or vague. In the same way, there are some moves that Australians would find interesting, but the Indonesians would find them vague. Some traditional Indonesian dance moves and dance costumes also have cultural meaning to the Indonesians, but they do not mean anything to the westerners. For instance, traditional Indonesian dancing helps to save the cultural significance attached to the Batik art of of decorating and creating patterns. Batik is an art through which Indonesians use to decorate, and they mostly use it to decorate cloths. It involves applying wax on the surface of a material before coloring the material so that the waxed surfaces can be left with the original color of the material thus forming patterns of the original and the new color (Machtar 2016). Different patterns have different meaning to the Indonesians, which makes the art so important to them. With globalization, however, many Indonesians have turned to foreign decorations which is killing this art among the Indonesians. Traditional dancers, however, use clothes and materials decorated using this art, thus helping to save the art. For instance, in the video below the dancers have tied a linen around their waist which is decorated using this art. Such an act makes the Indonesians appreciate the art, therefore encouraging them to also shop for clothes decorated through this art. 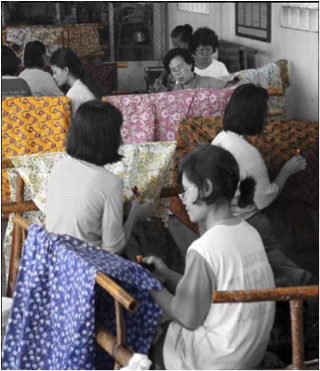