Our group mural project in Kali Code was the first time any of us had ever used spray paint in our art-making, and so we were relieved to have been given the assistance of a young Yogyakartan street artist by the name of Mosaif. While he seemed mostly amused at our clumsy attempts, he was always more than happy to help clean up our continuously dripping mural and to answer any questions I had.

As it turned out, Mosaif had been painting since he was young, for about ten years or so, since his high school and university days. He said that most of the street artists start out young like him, just quickly tagging walls to slowly master the spray can. It was interesting to find out this bit of information, as the attitudes towards “graffiti” in Australia tend to be extremely negative and usually illegal. While we would consider young street artists as vandals, Mosaif described the activity as a fun trend and a popular way for the youth to express themselves. This was another reason why street art was more prevalent in Yoygyakarta than Jakarta, he explained, as there was far more youth here.

Upon researching, this should hardly be surprising as the street art trend can be tracked back as early as 1998, where political graffiti first emerged mostly from student movements during the Reformasi era. In a time of great political upheaval, it is easy to understand how young people especially would have found “putting spray-can nozzle to wall” as a way to engage in political “self-expression and national identification”, a way to claim their city (Lee, 2013). Lee continues to unravel street art as a form of communication between people of all classes, where anyone could read or view the visual protests and in turn, draw their own response. These wall murals have become “an omnipresent feature of New Indonesia’s urban landscape” that Wilson describes as having a “strong social consciousness interlaced with humour… a bold aesthetic and strong commitment to craft” that could only come from the voices of Indonesian youth. 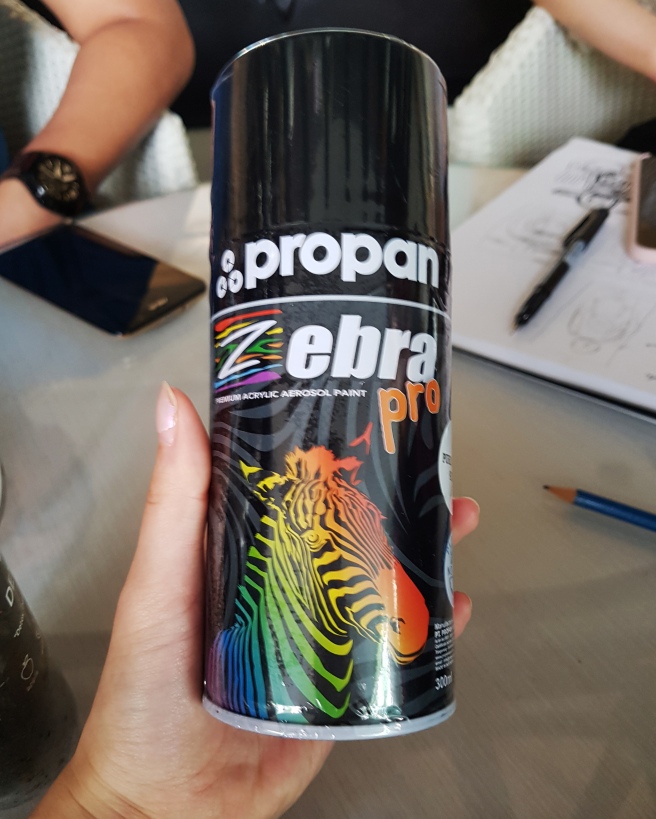 Another reason why street art is far more popular in Indonesia than Australia, for example, is the incredibly cheap prices of the materials. Even I was shocked, when Mosaif took me to the paint store, that the prices per can averaged from 13000rp to 5500rp (which is $1 – $5 AUD)! When we compared these prices to Australia’s, which averaged $10 per can, as well as the lack of walls to even paint in Sydney, it’s no wonder the art form seems to flourish in Yogya.

All photographs by me (Marcella Cheng)